Samir Patel was stunned at the destruction when he arrived at the small dry-cleaning business he owns with his wife, Pinky, just south of East Lake Street and Minnehaha Avenue.

The building had been vandalized, looted and torched during a riot in the days that followed the May 2020 police killing of George Floyd.

"The business was destroyed," Pinky Patel said. "The insurance company estimated the damage at more than $500,000."

Elite Cleaners stood in the worst-hit segment along Lake Street, where a post office, the Odd Fellows and Coliseum buildings also now sit vacant. Now the Patels, along with other building owners in the neighborhood such as restaurant operator Gandhi Mahal, are finalizing rebuilding plans to hopefully return vibrancy to the area.

"The riots were horrible and hampered everything," Samir Patel said. "Then everyone came to help us. White, brown, Black."

The Patels, who had owned Elite for less than five years, quickly transferred the back-room cleaning operation from the devastated Minneapolis location to a drycleaner they own in St. Anthony Village. The Patels thought they might be kaput in Minneapolis after several years.

ZoeAna Martinez, a manager with the Lake Street Council, was on site within a day to make arrangements to board up the building and help secure a disaster grant.

The council and Longfellow Neighborhood Association opened a food-and-information center with neighboring Holy Trinity Lutheran Church for relief and disaster recovery efforts. And hundreds of people from the neighborhood and the suburbs arrived daily with shovels and brooms to help clean up the area.

The Samirs, who immigrated to Minnesota in 2007 to join relatives and friends, were able to reopen Elite's counter service. But they couldn't afford to rebuild on their own.

In November, construction will commence on a $1.1 million renovation and expansion of Elite that will include two other minority-owned businesses from the neighborhood. This is a relatively small deal in a city that experienced about $350 million in commercial destruction in the riots.

However, this is also a grass roots-driven transaction that will benefit the three businesses — and some 15 employees — and hundreds of neighbors who are hungry to see recovery on Lake Street. It also is the first where a minority-owned business will eventually be the owner instead of an absentee landlord, according to the project developer.

Seward Redesign, a nonprofit community developer, is acquiring the Elite property with an $827,250 loan from Local Initiatives Support Corporation (LISC), which has cobbled together a $30 million fund to help local business owners, who were tenants, buy the properties where they are located. The funds were contributed by foundations, businesses, banks and others.

Redesign eventually will sell the drycleaning property to the Patels for about $475,000. It will retain an adjacent vacant land to sell to a housing developer, said Taylor Smrikárova, the project manager. That's another neighborhood and city priority.

Raven Construction, owned by veteran contractor Nancy St. Germaine, will do the overhaul and expansion. St. Germaine, a member of the Turtle Mountain Ojibwe, and her 10-employee crew plans to join Elite in the expanded space that Raven will build.

"East Lake Street will be back," Pinky Samir said. "We are hardworking immigrants that need to work."

Nearby, owners of the burned out Coliseum and demolished Oddfellow's buildings, a short block from Elite, are working on multimillion-dollar redevelopment plans that have yet to be disclosed.

LISC Twin Cities, a local initiatives support corporation that helps finance projects in frayed-edge neighborhoods, has committed about $8 million from its $30 million, low-interest real-estate loan fund that seeks to help the local owners acquire properties from absentee owners who do not want to reinvest in them, said CEO Peter McLaughlin. LISC is funded by foundations, businesses and local governments.

The rebuilding will benefit business, community and all who seek widespread prosperity.

Erik Hansen, Minneapolis director of economic development, said his office has tracked building permits worth up to $200 million since 2020 forredevelopment and construction of damaged commercial properties. The city had estimated $350 million in damage.

The permits pulled do not include the planned $50 million-plus residential-commercial complex planned at Lake and Nicollet by Wells Fargo and Project for Pride in Living, the affordable-housing developer and manager. 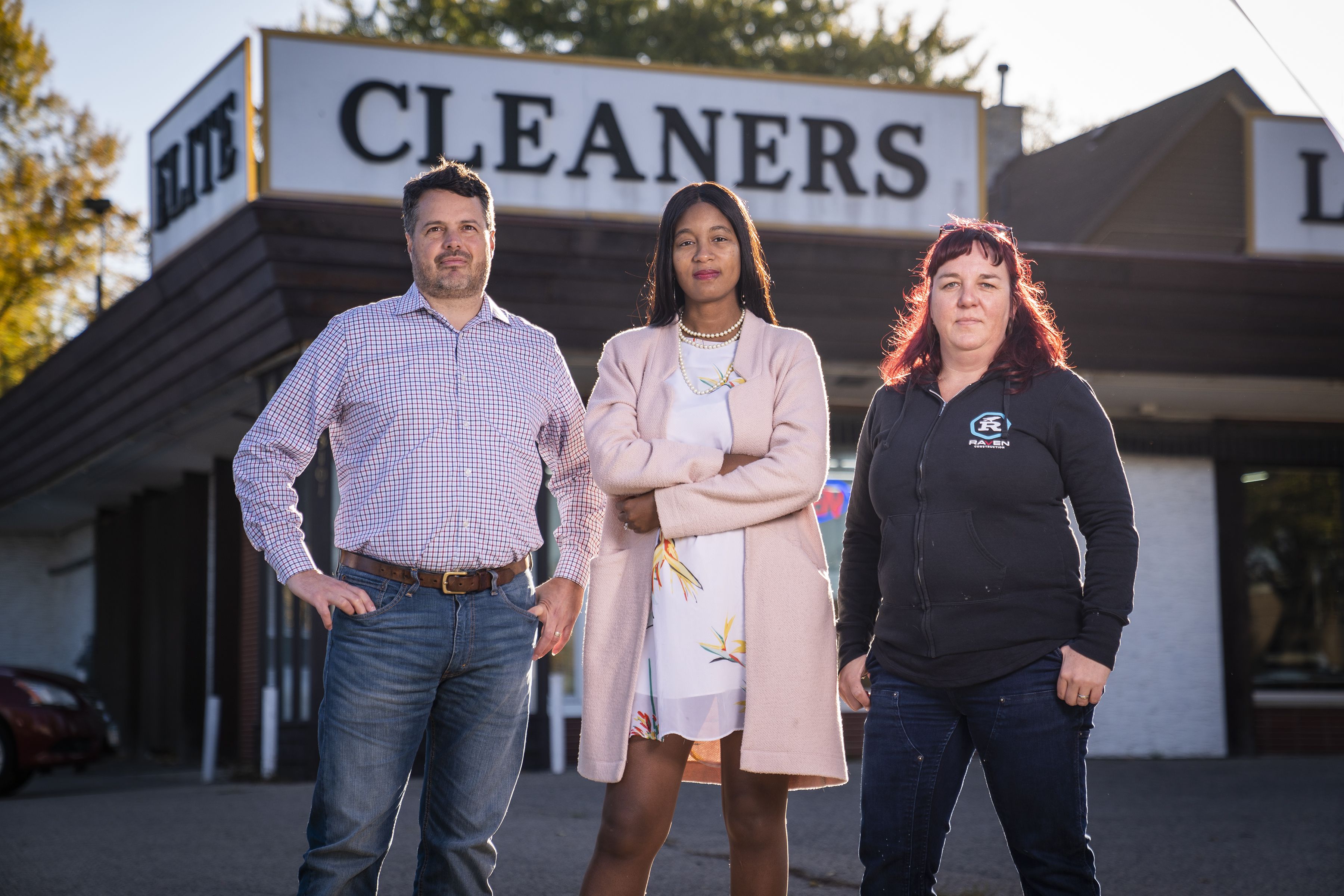 A Street Style Guide to Wearing the Season’s Hottest Accessories

The Week On Wall Street: Skeptics Get Stomped By New Highs For The S&P And DJIA

Read The Week On Wall Street: Skeptics Get Stomped By New Highs For The S&P And DJIA by Seeking Alpha

Ask Amy: Neighbors not notified about a death on the street

Read Ask Amy: Neighbors not notified about a death on the street by Chicago Tribune